The Tea Story at the Docklands Museum, London 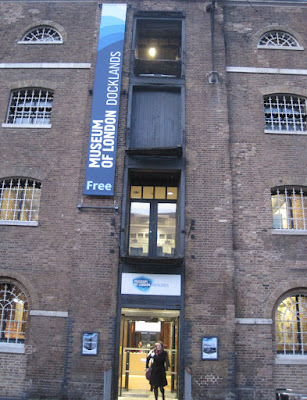 Sometimes serendipity happens, and it's an amazing thing. I was recently in London and enjoyed tea at a pub. On my way out, I passed the Museum of London Docklands, in the same brick building. I popped in, expecting a bit of historical edification, but not expecting a tea connection.  I was so glad to be wrong!

To experience the museum as designed, visitors start at the top and work down through each floor. The museum highlights life around the Thames, particularly during past times when trade was done via long-distance, slow ocean shipping.  This building was a warehouse for the West India Quay.  Perhaps that name should have given me a clue...

It wasn't until I stumbled upon this exhibit that the light bulb went off in my head - TEA!  In fact, in this very warehouse, tea that had arrived on a clipper ship was weighed, sorted, sampled and laid out in lots prior to auction. 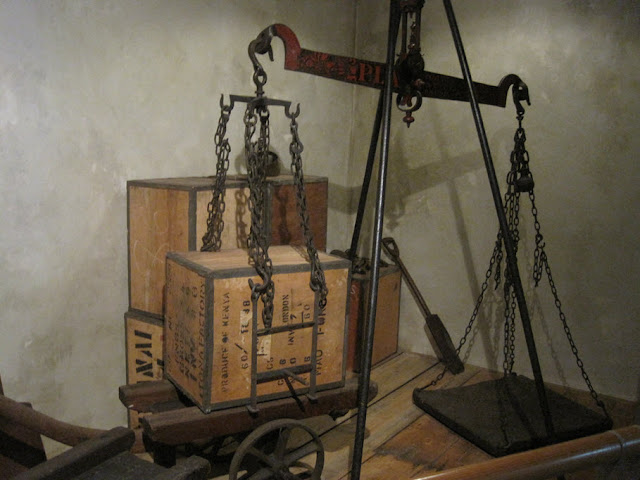 According to the museum materials, prior to 1834, nearly all tea arrived in the East India Quay and was part of the monolithic East India Company.  In 1834, the Company lost its monopoly. The importation of tea continued to increase, and some of that tea made its way to this very building in the West India Quay. In 1869, when the Suez Canal opened, steamships began to deliver tea further down river.

Also at the Museum is the Sainsbury Study Center, an archival and research institution with an interesting display of retail and grocery. The photo below greeted me at the door. 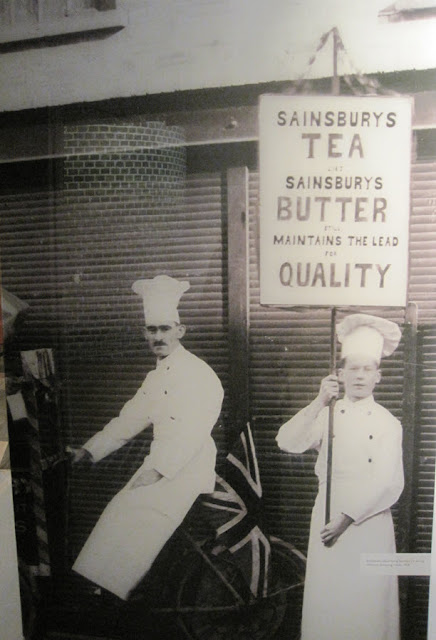 There are also interesting details to be found about tea in the museum's online site. For example, I learned that Sainsbury used to sell tea by the colored label, Blue, Brown, Green and Red.  Red is still sold today. 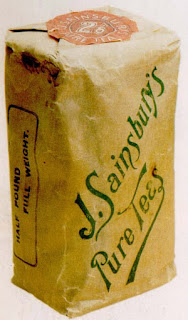 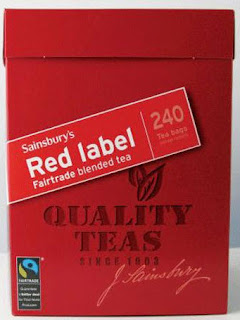 If you find yourself on the East side of London, do make time for this museum, and tea next door!

This needs to go on my list! looks fascinating. Thanks, Steph

Thanks Steph! Adding this to my list for just in case I am in the east side of London.

Thanks for this great tea information!

What a fun discovery! Love the photo with the old scale and tea boxes.

I will take this on my list. Sounds interesting. Thanks for sharing.

Thank you for the info. I will be in London next month and will check it out along with tea next door! I am also thinking about afternoon tea on the double decker bus. Have you heard about it? BB Bakery Afternoon Tea Tour.

Yes, that sounds like an interesting museum. Enjoyed the photos.

Frances - I was not aware of afternoon tea on the double decker bus. That sounds fantastic! I do hope you can experience that!