I've been in Vegas for a day-job conference, and it happened to coincide with World Tea Expo! Lucky me! I was able to pop in to the Expo Hall for a (much too short) lunch break.  Here are some of the things I found in the New Product Showcase area.

Meet Erica and her team. Erica has begun a lifestyle and accessory line based on tea. She wants to promote the positive aspects of a tea and a healthy lifestyle. I love the idea and wish her much success! www.tealifebrand.com (going live later this week). 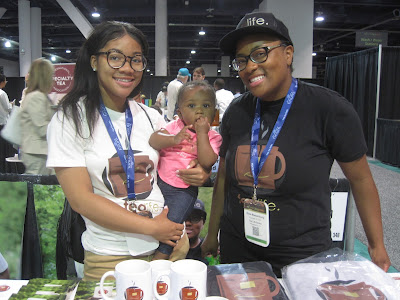 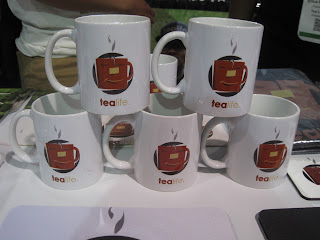 This is Thao.  She has developed a line of certified organic tea blends. Her blends are scented and flavored with natural oils and dried fruits, no sweeteners. She's a CPA by educational background and wanted to open a business aligned with her passions of health and being aware of what we consume. I loved chatting with Thao about labeling laws and the importance of transparency for consumers. www.thaoteaco.com 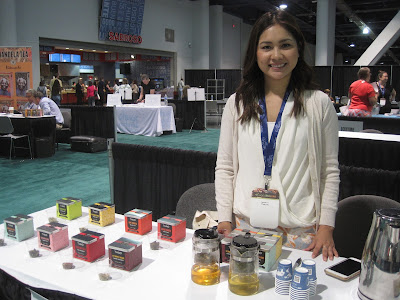 Now meet Suil. He is bringing to market powdered Japanese teas (organic), including teas beyond the traditional. There's matcha, of course, but also powdered sencha, genmaicha and hojicha. He brought these teas to market because, despite the popularity of matcha, he couldn't find what he knew as good matcha tea in New York. The combination of his English and Japanese allows him to work directly with tea farms. I enjoyed the powdered hojicha quite a lot. Suil and I discussed the froth-potential of the powdered teas. He felt that matcha was the only one that frothed as it should for a traditionally-whipped bowl. To make the others, he shakes them in a pitcher and that suspends the particles in the water. https://www.nodokatea.com 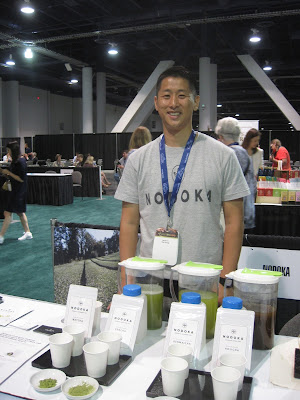 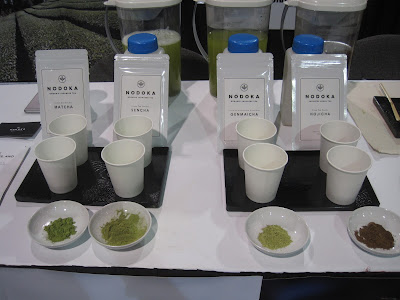 At the booth below, I sampled instant teas that dissolve in cool water. While I don't think this product is for me (I'm all about interacting with the leaf), I think that this product has a market. I sampled the pu-erh tea crystals. They also carried rose, white, green and black tea crystals. 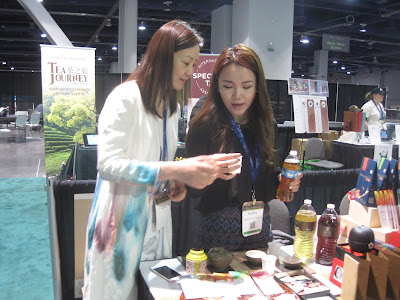 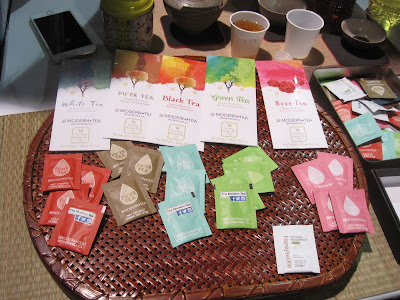 This booth also displayed a cool tea canister.  Inside were tea sachets. 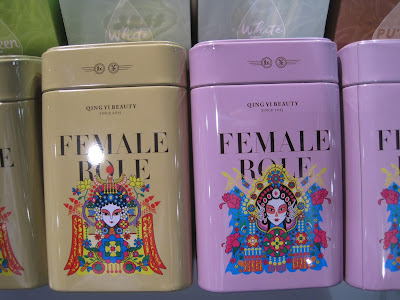 And finally, perhaps the most interesting business concept I encountered was that of a tea curator.  I met Izaak and his colleague in the registration line.  They both live in a small town in Wyoming. Izaak curates tea for folks who are interested in drinking the good stuff. Along with high quality teas, he brings tea education to his clients who don't have a local source of good teas. https://www.instagram.com/izaakmendoza 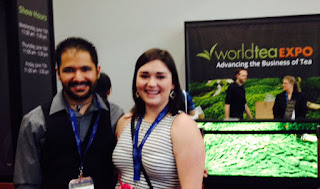 There were many other interesting new products, and I didn't have time to see them all but you can see the full list here.

Also, a word about the World Tea Expo: It's an industry conference for trade professionals and press. It's not open to the public. Most of the vendors are building relationships and hoping to land new contracts. Read more about the attendance policy here. This is an important conference for the business of tea.  For those of us interested in tea conferences that are open to the public, there are a number of regional ones that are quite excellent.  See this list.
Posted by Steph at 2:11 PM 7 comments: 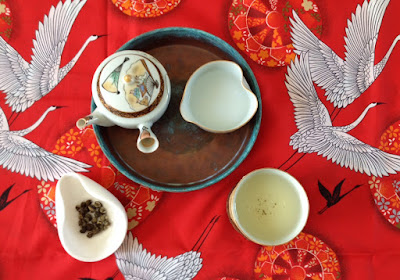 It's HOT here in the Pacific Northwest.  We've had temps hovering around 100 degrees for three days. That's intense - especially for June and for a region where a fair number of folks don't have air conditioning.

In these hot temps, I still drink hot tea. I choose teas that do best with cooler waters, often greens and especially Japanese greens, like sencha (ironically, in the photo above, I'm not drinking a Japanese green). 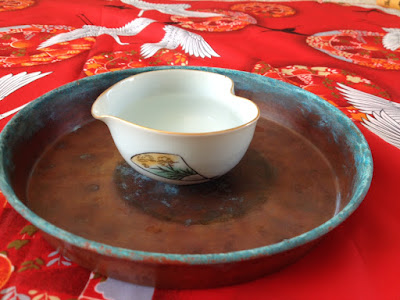 There are several ways to cool the water: Take it off the heat before it reaches a boil, let it sit off the boil before using, or - as shown above - use a cooling pitcher. The cooling pitcher (yuzamashi) is a common feature in sencha sets (also in Korean tea sets).

I'm not using a thermometer, so I'm guessing at the temperature.  I sense that it's cooled to around 160 degrees.  After pouring the cooled water into the pitcher, I generally pour off at about 30 seconds, adjusting on the second brewing, as appropriate (usually a wee bit longer).

I confess: I've brewed some senchas really poorly, and more times than I care to admit.  It's always because I've been distracted. This is a tea that requires your full attention.

Below: I'm decanting straight into my teacup, but it's also possible to use the water cooling pitcher as a serving vessel.  Note that the tea will continue to cool in the wide-mouthed vessel, so at this point (the tea is done brewing), you want to serve quickly. 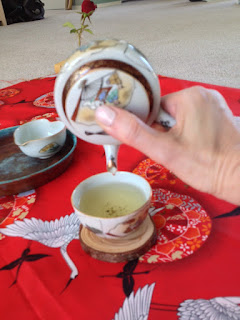 You don't need anything fancy to cool the water.  You can even use a Pyrex measuring cup.

Experiment and find the right process for making yourself a great cup of green tea with cooler water. 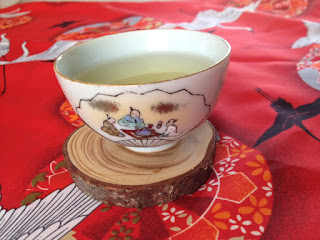