The Naming of My Tea Bowl 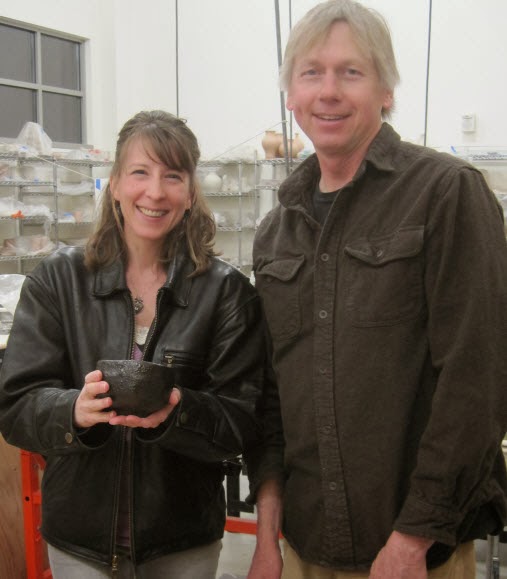 The tea bowl, Richard Brandt (potter) and me

After watching my new Raku-style tea bowl's birth, I was lucky to be able to enjoy the first bowl of tea made it in.  Not only that, but it was whisked by my sensei.  Cool!  Before drinking, as is the custom with matcha, I  had a sweet. A red bean paste center with white bean paste outer - so, so good!  The sweet prepares my taste buds for the matcha. 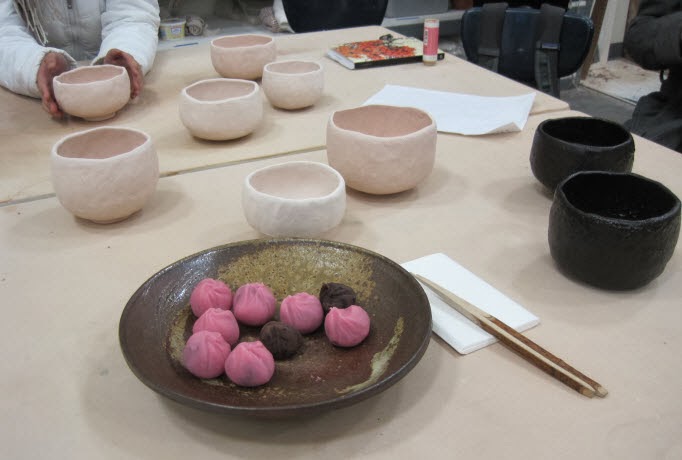 The tea was delicious!  And it was so special to be the first to drink from the bowl. 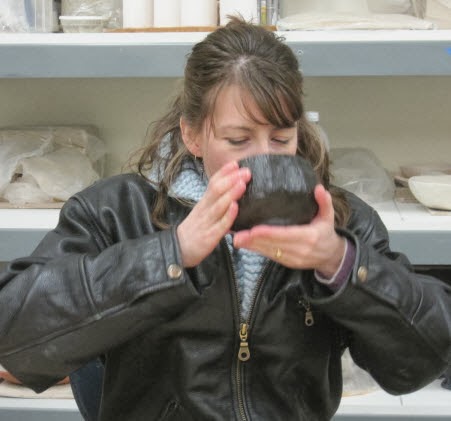 Enjoying the first bowl of tea

Next Richard packed the bowl carefully into its cedar box.  The box is an important aspect!  As you will see, it tells the tea's story. 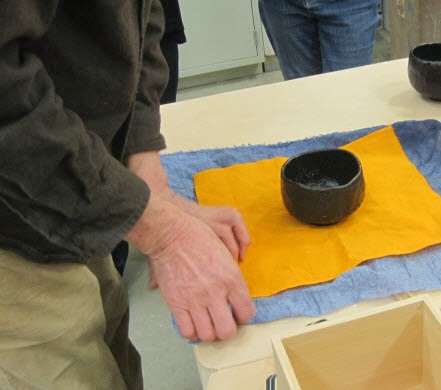 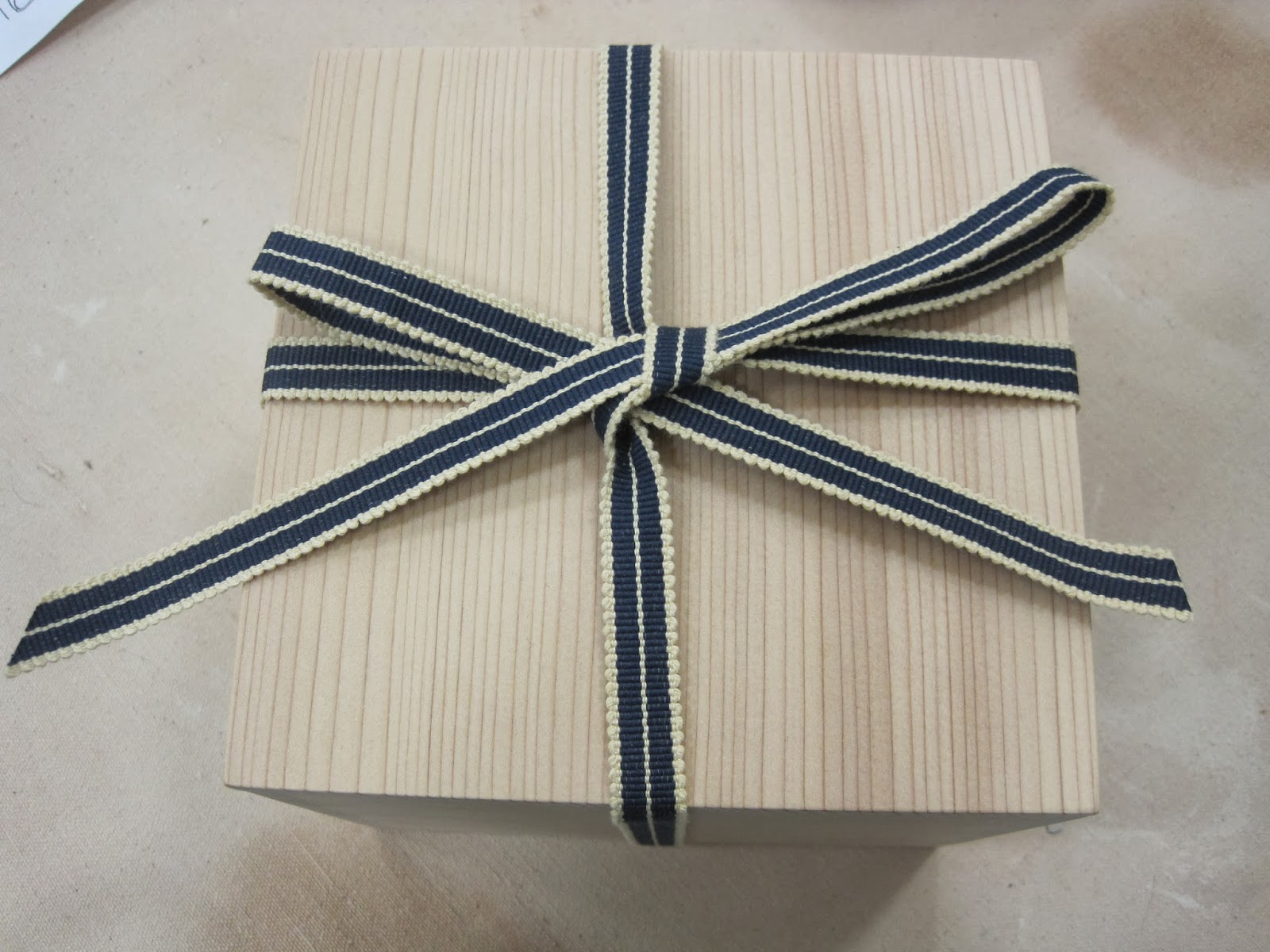 The tie on the box lies flat, making it easy to stack other boxes on top!  I had to learn how to tie it correctly.

The next exciting part of this journey is the naming of my bowl.  My sensei, Margie of the Issoan Tea School, kindly offered to name the bowl and calligraphy its name onto the box.  She thought carefully about the names she chose and she practiced her calligraphy before working on the boxes.  Such a gift!
The top of the box says black raku tea bowl.  The character on the top left is cha (tea) - the only one I can recognize consistently.  :-) 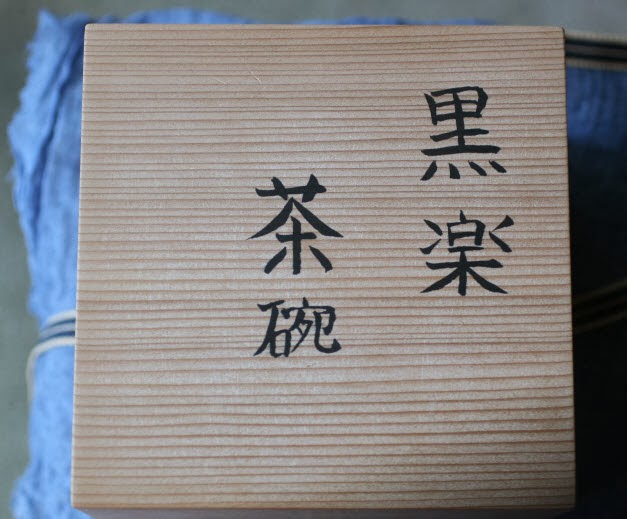 Inside says Issoan Soya (name of tea school and Margie sensei's tea name), and Kin Pu - Golden Wind. That is the name of my bowl.  Isn't Golden Wind a beautiful image? 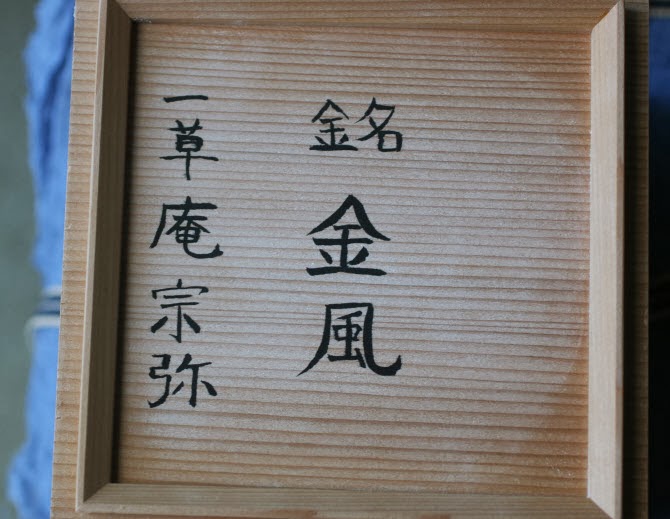 I know I will enjoy making and sharing many bowls of tea with Kinpu. 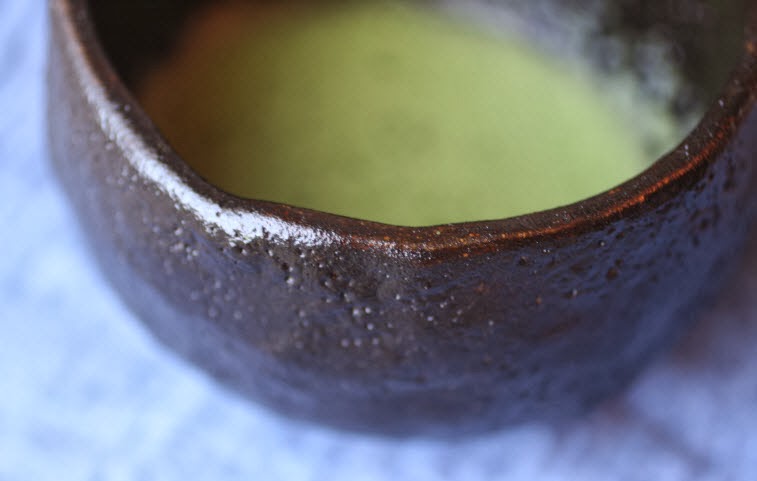 Stephanie,
This teabowl has a great story and when you use it, please make sure your guests hear how it came to be in your hands. These are great photos and the tea looks so beautiful in the bowl.

This is a most special tea bowl. I thoroughly enjoyed this post.

What a wonderful story! May you drink many bowls of tea from it!
~ Phyllis

Such a lovely story, Stephanie. You are on a beautiful tea journey and we so appreciate you sharing that journey with us.

I must say this is a beautiful story and experience of sipping from this special tea bowl. What a treat, even to the tying of bow. Who would have guessed there was a special way to tie the bow. I am in awe.

How special, Steph! What a moving experience that must have been, and what a great story.

I love the name! And I am also glad to see you *holding* the tea bowl, because it showed me the bowl is much larger than I had realized.